Bourbon has a distinct flavor profile. Whether you’re enjoying it in a cocktail, on the rocks, or neat, this unique whiskey is shaped by a deliberate distillation and aging process. Possibly even more important, though, are the defining standards and requirements of bourbon. It’s these standards that have shaped its development and flavor profile throughout history.

One of the most defining characteristics of bourbon is its origin. American-made, Bourbon is an official “distinctive product of the United States.” In addition to the many requirements below, only whiskey that’s produced in the United States can be called bourbon. With all of the time, care, dedication, and even craftsmanship that goes into the creation of a great bourbon, bourbon represents the true American spirit.

Those standards of identity for bourbonare strict and detailed. According to those requirements, bourbon must:

Additionally, if bourbon is aged for less than four years, the duration of its aging must be indicated on its label. Any age indicated on the label must identify the age of the youngest whiskey in the bottle.

Finally, bourbon must be made in the United States.

The above requirements are strict and detailed, but that’s because they help define important characteristics of bourbon.

Because bourbon must begin with a recipe that’s at least 51% corn, it has a sweet flavor.  Other whiskey might rely on one type of grain, which removes some of the sweetness that’s characteristic of bourbon.

Additives and flavoring are not incorporated into bourbon, and that’s part of what makes the requirement for the use of new charred oak barrels so important. New barrels provide better aging and coloring as the bourbon flavor matures. Whereas you can use previously used barrels to age other types of whiskey, the use of new barrels is essential to bourbon’s maturation.

While not a requirement spelled out by the standards of identity for bourbon, the way that bourbon is stored and aged also contributes to its quality and flavor. Unlike other whiskeys that are often aged with the barrels on pallets or even on the ground, bourbon barrels are stored on their sides in racks to allow for maximum airflow. Temperature changes during storage also affect how the oak and bourbon react, and extreme temperature differences between seasons can accelerate the aging process. 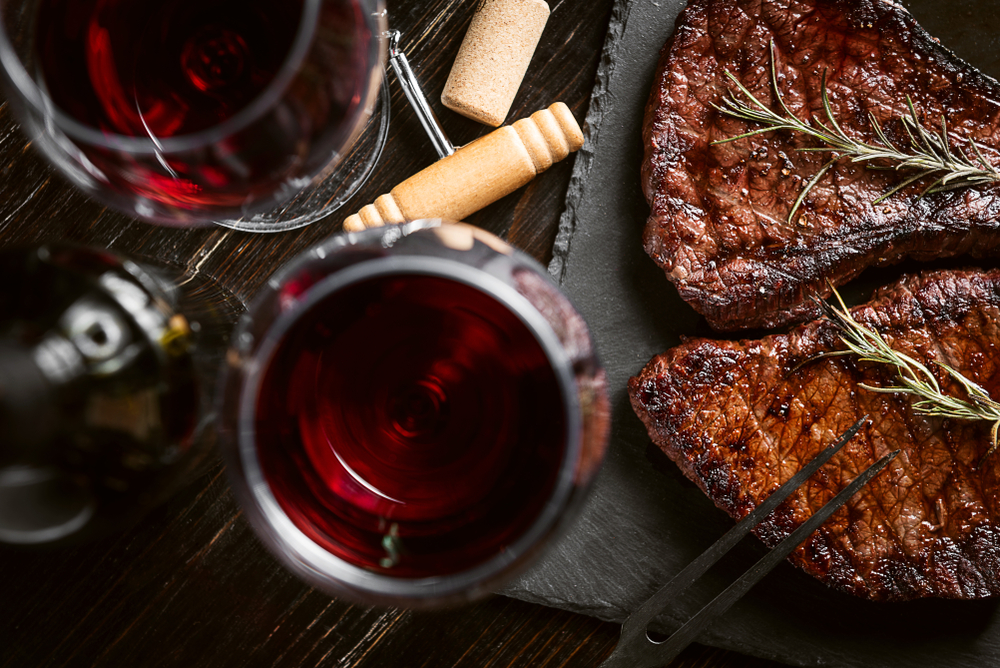 Bull & Bourbon: Your Source for the Best Bourbon in California

At Bull & Bourbon, we understand the nuances that make the best bourbons, and we offer countless options for you to try. Our menuincludes bourbons from some of the best distilleries in the country, and we stock a variety of ages. Choose from iconic distilleries including Calumet Farm, Breckenridge, Booker’s, Old Forester, and more. A visit to our restaurant is the perfect way to explore new bourbon flavors, find that new favorite, or finally taste that specialty bourbon that you’ve been meaning to try for years.

We’re bourbon connoisseurs, so our staff will be more than happy to help guide you through your bourbon choices. There’s no better pairing than bourbon and a good meal, and thanks to our in-house butcher program and on-site aging room, you can pair bourbon with a delicious dish for a top-quality meal. If you’re not sure about that perfect pairing, our waitstaff will be happy to make suggestions.

Come try out our extensive bourbon offerings, and you may just find your new favorite drink. Be sure to make a reservation, and we’ll see you at Bull & Bourbon.